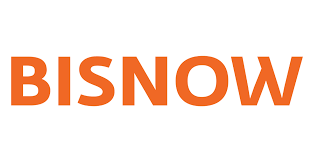 Surging interest in studio properties, fueled in part by the growth of streaming media, has prompted new projects across Los Angeles. At the heart of all these new developments is a need for studios to keep up with a rapidly changing industry that is on the precipice of big changes in the way entertainment is made.

“While we do have, certainly from a quantity perspective, the largest number of stages of any production hub, many of the soundstages that we do have are legacy soundstages — they’re older, they may not have the technology necessary to cater to today’s customer demand and the changing and evolving nature of the industry,” Hackman Capital Partners Senior Vice President Zach Sokoloff said at Bisnow’s Los Angeles Studios and Entertainment Real Estate event earlier this week.

Hackman Capital is overseeing a $1.25B modernization and expansion of the 25-acre Television City campus formerly owned by CBS.

Sokoloff and other commercial real estate professionals speaking at the event cautioned that with other states like Georgia actively trying to capture film production and building new infrastructure for the film and television industry, building new production facilities is a key to making sure that LA continues to be the center of this industry.

An April 2022 report from FilmLA, the film office for the city and county of Los Angeles, found 5.4M SF of dedicated stage space in the county, far ahead of the UK’s 4.7M SF; Ontario, Canada’s 3.3M SF or Georgia’s 2M SF.

One of East End Capital’s projects in Los Angeles is the site at Sixth and Alameda streets, which it purchased for $240M with plans to build as many as 17 soundstages and up to 400K SF of office and support space.

LED walls or LED sets, which create vivid backdrops that look convincingly like an on-location shoot, are among the technological advancements allowing soundstages to be used more broadly. While the technology is still growing in prominence, speakers at the event agreed that ensuring studios have flexible space to accommodate this and other tech innovations is key.

Increased power capabilities, high ceilings and a mill that can produce sets on-site for shoots that aren’t yet utilizing LED walls are other features that help expand the flexibility of a site and what’s able to be filmed there.

Ancillary uses on-site at these properties are also key, according to panelists.

Though studios as a property type are unique, like offices, they are a place where people go to work long hours. With that in mind, many developing these spaces agreed that building an ecosystem with spaces to eat, outdoor areas for breaks and plentiful parking was another important consideration for the next wave of entertainment real estate.

“I think the entertainment industry was maybe a little bit slow to catch up on that, because people had just lived with certain environments that other people have been kind of outpacing for years,” Wainwright said.

Amenities on studio properties are more geared to efficiency and production, Relativity Architects principal Tima Bell said. Even the offices are not just standard offices like one might find in a law firm or other business.

“A typical [production] office is not the same as my architecture offices are,” Bell said. “An office that’s on a production site has to be close to the stages, and has to have some sense of hierarchy, because there are a lot of egos in this business, right?”

08.15.2022Arts District will get massive East End Studios complex
Back to News